The history of Indianapolis Emergency Medical Service (EMS) can be traced back to 1887, when then City Hospital began using its own ambulances to transport sick and injured patients.

In 1947, City Hospital was renamed General Hospital, along with its ambulance service, and was brought under the direction of the newly created Health and Hospital Corporation. It was during this period that EMS education was implemented, when the first paramedic program was taught in 1973.

In 1975, after a substantial renovation and expansion of General Hospital, the hospital and its ambulance service was renamed Wishard Memorial Hospital and the world renown Richard M. Fairbanks Burn Center was opened to provide even more options for health care throughout Marion County. During this period of time ambulance services were operated by both Wishard and Indianapolis Fire Department (IFD).

In 2010, in an effort to improve quality and efficiency of emergency medical response, the EMS services of IFD and Wishard were merged to create Indianapolis EMS, as a partnership between the City of Indianapolis, Health and Hospital Corporation and Indiana University School of Medicine. This merger provided opportunity for Indianapolis EMS to expand beyond emergency care and include integrated health care. In 2012, CORE was launched to combine medical and social services directly to the community to address many of the health issues that result from a lack of understanding of treatments and limited access to necessary resources. Indianapolis EMS Education Services were also expanded to include innovative solutions for preparing the EMS workforce thanks to accelerated programs and advancement opportunities to encourage providers to continue improving their skills, while offering the highest quality care possible.

In 2013, Health and Hospital Corporation opened the doors of the newly constructed Sidney and Lois Eskenazi Hospital and rebranded Indianapolis EMS in partnership with Eskenazi Health to provide the best pre-hospital medical services to the community through the endless pursuit of excellence in patient-centered care, education, efficiency, efficacy, safety and quality of service. 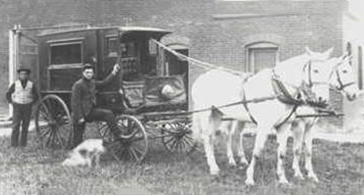 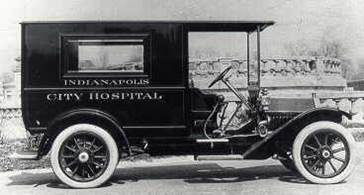 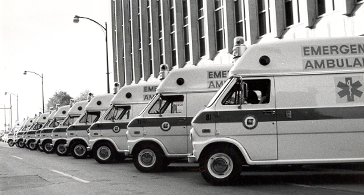